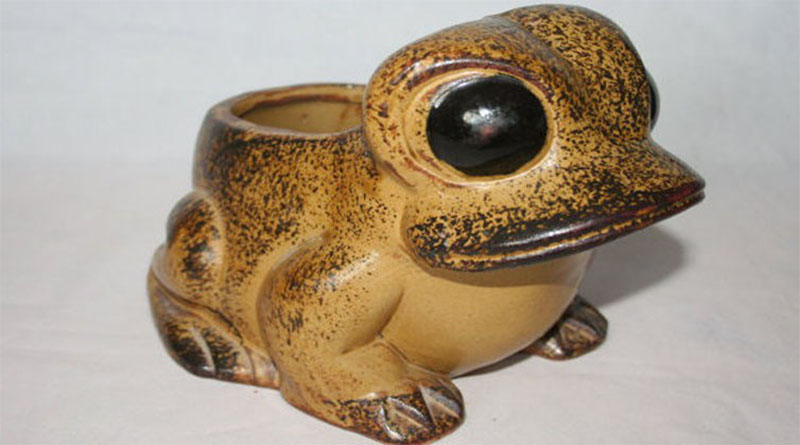 Stuff, things, belongings, chattels, gear, effects; we have so many words to describe that which we own. Recently I have come to the conclusion that the word I like the most is ‘trappings’. The reason that this one appeals to me is because it carries a certain ironic connotation of wealth and opulence. It carries the misguided idea that with success come a greater number of owned things and that this is the path to happiness. Interestingly, the etymology of the word comes from the late 14th Century when it was used to describe decorative but entirely useless ornaments placed on a horse.

This makes me smile. The word is almost its own private joke. Like a stand-up comedian in a smoke filled club it points its finger at the very people who aspire to it and sniggers into its pint. Quite simply it means ‘things by which we are trapped’.

As I look around my home, filled with all the trappings that I have bought over the years, I realise that these are mostly millstones, tying me to a single place. I have succumbed to the lure of the ad-man and the draw of that which is shiny. They now need me to provide a home for them, maintain them, insure them and protect them. They demand that I have a specific place for them to belong and quite often they will wander off so that when I go to look for them in that place I made for them, they aren’t there. This leads me to head-scratching, self doubt, suspicion as to who moved them and the slight worry of the possibility of some neurological disorder.

I had a conversation with my Mum a few years ago about her ornaments. Over the years she had amassed a rather sizeable collection of pottery frogs, ornamental vases, pots, decorative plates, miniature cottages and mills and other assorted mementos to this visit to here or that visit to there. I noticed that my Mum was spending most of her Sunday afternoons involved in a ritual of dusting them and periodically shipping them into the kitchen to give them a good wash-and-dry, before carefully putting them back in their pre-defined spot. She and my Dad worked so hard during the week and were exhausted by the weekend and yet my Mum maintained this ritual of dusting the ornaments. Eventually I think She realised how much effort this was taking and how precious her free time was and discarded them. I suspect that somewhere they still reside in a cupboard, but at least they don’t need dusting anymore. Now My Mum and Dad are retired and enjoy long walks round the local reservoir or visit the beautiful places that England has to offer. Had it not been for the realisation that her belongings were actually trapping her, she might be dusting them right through her retirement years.

The problem with all this, however, is that I wasn’t practising what I preached. I had an attic full of old computers, printers, monitors and electronic gizmos. I had drawers full of cufflinks I never wore and watches whose batteries had died years ago. I had a desk laden with stationery I never used, writeable CDs I never wrote on and books I never intended to open. I can’t even begin to list the things I had that ‘might come in handy one day’. Quite frankly, I had a lot of crap!

I found myself doing exactly what my Mum was doing; spending my free time maintaining these things that gave me absolutely nothing in return. They gave me no enjoyment, no utility, no pleasure, and in fact were the very antithesis of the reason I acquired them in the first place.

So I decided to make a change. I decided to start getting rid of them, and you cannot imagine the liberating feeling when I threw that first box of obsolete computer cables in to the skip at the local tip. I suddenly felt lighter, like a burden had been removed. It was like a drug and I wanted more.

Within a few days I had amassed three piles; stuff for the tip, stuff I can sell and stuff I need. The first pile was hardest to get rid of. I had laptops that were ten years old, in perfect working condition, but such obsolete technology as to be no use to anyone. I had various mobile phones that were once state-of-the-art devices but now looked like archaeological finds. I had PC cases, motherboards, sound cards, you name it. Electronics more advanced than those that took men to The Moon, but which were now no more than scrap metal. It felt wasteful to throw them out but it had to be done. At least they will be recycled into something useful, like road signs or something!

Next comes the stuff to sell, and I’m still working on this. Here I have leveraged the power of eBay and Shpock (other online marketplaces are available) and am slowly converting my trappings into cold, hard cash. This again is a liberating experience, and almost like playing a game. There’s a lot of do and do nots to selling unwanted items online like do take good quality photos, do check around to see what similar items sell for, don’t offer international shipping on a three-kilo printer, that sort of thing. Overall it’s a fairly simple process once you get the hang of it, but the slow realisation that you are getting shelf space back, emptying drawers and making room in your wardrobe gives you such a warm feeling of being released. Hell, if I don’t have the things in the drawer any more, I don’t need the drawer. If I don’t need the drawer, then I don’t need the space it takes up. Extrapolate this to the conclusion and I can sell my house and buy a little vineyard in France, whiling away my autumn years hammering out a novel on my old Remington typewriter (well, figuratively, anyway).

Now for the last pile, the stuff I need. The stuff that isn’t trappings but the things I own that make my life better; my bikes, my MacBook Pro, my hiking boots. Surprisingly, the list is quite short. I’ve seen some people who take the ‘100 Things’ philosophy to the extreme; one left brown brogue, one right brown brogue, but I tend to think that even in moderation, taking this approach to how much stuff I own is going to change my life forever. I really mean that. Walking around with the knowledge that I could pack all my belongings into a medium sized crate and move to another place on a whim puts a smile on my face and a spring in my step.

I really recommend it and I’m sure that once you get a taster, you’ll be as hooked on downsizing your life as I am.

My only challenge now is to stop wandering round the house looking for trappings to dispose of. Go on, just one item, please, I promise it will be the last time!